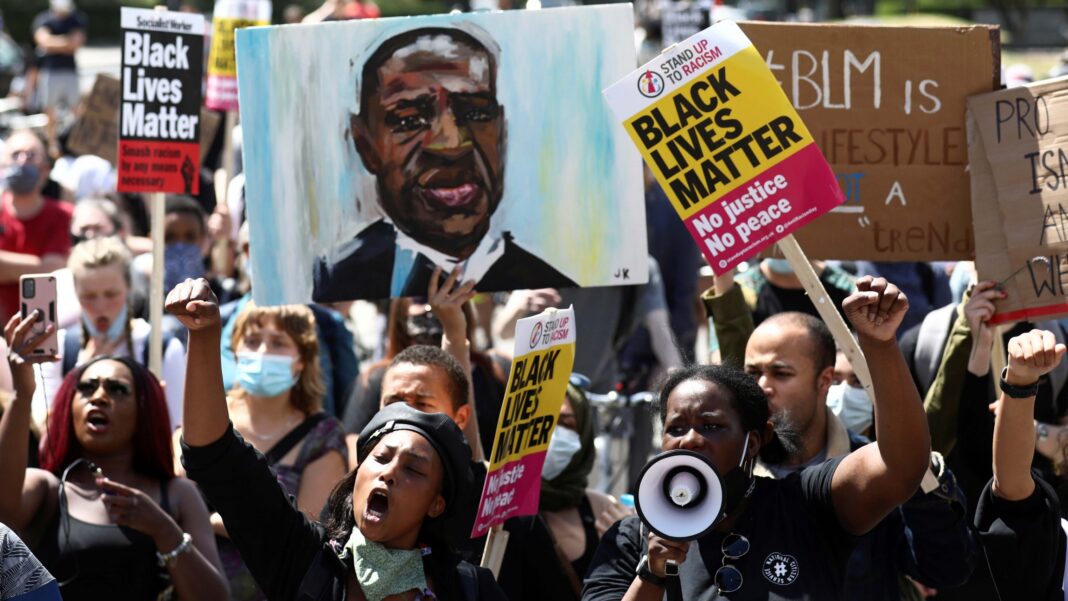 According to their own website, BLM wants to disrupt the “Western-prescribed nuclear family structure,” promote LGBTQ rights and advance Marxism. Sadly, few black evangelicals have the courage and knowledge to condemn BLM that seeks to undermine Christian principles.

Socialism is an economic system developed by atheists Karl Marx and Frederick Engels, co-authors of the “The Communist Manifesto.” They believed religion was an “anti-depressant for the working class,” and God should be banished from society because man’s conscience and government is superior. Consequently, dictators that embraced Marxism, murdered 100 million people throughout the 20th century.

Furthermore, 2 Thessalonians 3:10 (NIV) says “if a man will not work, he shall not eat.” The Green New Deal, endorsed by Congresswoman Alexandria Ocasio-Cortez (AOC), says Americans shouldn’t have to work to eat. Who’s right? God or AOC?

Christians have an individual obligation to feed the poor and care for widows, orphans, and prisoners. Using government taxing power to steal from others neither qualifies as faith or generosity. It’s also naïve to believe politicians will remain uncorrupted by government largesse.

Socialism discourages hard work and creativity while encouraging laziness and envy. It also robs Christians of the joy and selflessness that comes from giving.

Abortion is a racist and evil practice. God loves us so much that He counts the hairs on our head. He knew us and purposed our lives before we were conceived.

Practically speaking, with the advancement of DNA testing, we know that a baby has a unique DNA strand upon conception. Therefore, a baby in the mother’s womb is not of the mother’s body.

For the record, my favorite excuse from “pro-choice” Christians is “women would have abortions in back alley ways regardless.” I doubt it. But even if they did, human sin doesn’t nullify God’s holiness. Christians have a duty to be salt and light to a dark world.

Lastly, Margaret Sanger, the founder of Planned Parenthood, was a racist eugenicist that wanted blacks and other minorities that she deemed “undesirables” exterminated like weeds. No wonder over 75 percent of Planned Parenthood clinics are walking distance from black communities.

Proverbs 22:2 (NIV) says that the “Rich and poor have this in common: The Lord is the Maker of them all.” Romans 12 and I Corinthians 12 outlines different gifts and talents all of us have. Because we’re different, our incomes will always vary.

In Mark 14:7, when the disciples got upset with Mary for using expensive perfume to wash Jesus’ feet because they wanted the money given to the poor, Jesus said, “The poor you will always have with you, and you can help them any time you want. But you will not always have me.”

Poverty gives wealthy Christians an opportunity to be generous, and it motivates poor Christians to work hard. Christians should neither demonize success nor look down on the poor. Regardless of our socioeconomic status, we’re all teammates in advancing God’s Kingdom.

“All have sinned and fallen short of the glory of God” and “Thou shalt not steal” are scriptures that debunk social justice. The first verse teaches us we don’t have the moral authority to hold anyone to a higher standard of forgiveness than God does because we’re not sinless. The latter illustrates that God acknowledges private property rights.

The notion that white Americans that never owned slaves have to pay reparations to blacks who aren’t slaves is stupid. Throughout human history, all groups of people, including Africans and Native Americans owned slaves. No one is innocent. In fact, slavery is more prevalent in Africa today.

God says he removes our sin as far as the east is from the west. Therefore, spoiled brats masquerading as social justice warriors demanding atonement for “systemic racism” are delusional.

True justice requires equality before the law, not equality of outcomes in life. Leviticus 19:15 says we do “injustice” if we show favoritism to the poor or rich. Jesus paid reparations for all of us on Calvary. Union soldiers paid reparations in blood during the Civil War. Consequently, all Americans are free to pursue happiness.

There’s no Affirmative Action plan in heaven. Blacks won’t get a pass on Judgement Day because of our dark skin. We can be racist too. The Bible says that man looks at the outward appearance, but God judges the heart. Racism is an issue of the heart. Thank God Christ can transform hearts and minds.

Identity politics is a tool used by Democrats to keep their voters angry enough to willingly forfeit their God-given rights under the guise of “equality.” But Christians are victors, not victims. So, when BLM uses race, socioeconomic classes, and sex to divide us and gain power for themselves, reject them.

If your church isn’t ethnically diverse, leave. The gospel has no racial preference.

Jesus, the Christian God, is a Jew.

Secondly, when speaking to Abram (later Abraham), God said in Genesis 12:3, “I will bless those who bless you, and whoever curses you I will curse; and all peoples on earth will be blessed through you.” We don’t have to agree with everything Israel does to be thankful we’ve been grafted into the family.

Black racists like Louis Farrakhan only hate Jews because they’re a living testimony to how successful a group can become when they denounce victimhood – and that’s bad for business.