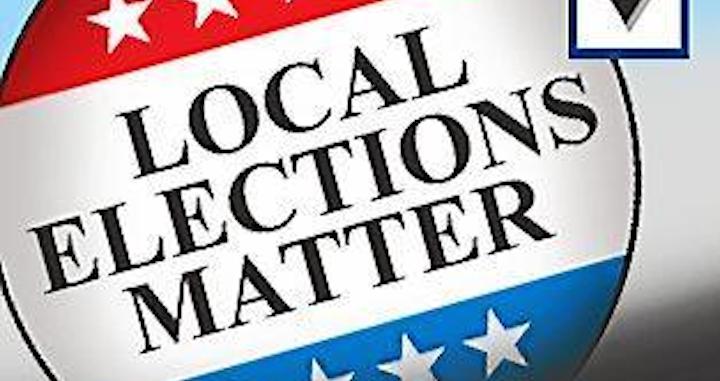 Despite a crushing defeat delivered to Democrats across the country on Election Day, the Democratic analyst sitting next to me at the local Fox television studio here in Orlando, Florida, who once worked as an upper-level staffer for outgoing Rep. Alan Grayson, remained hopeful and optimistic – actually, giddy might be a more accurate description. Another Democratic strategist, also in studio, was visibly upset by the election results but was determined to get right back into the fight. Why? Some local races were going their way.

It’s no accident that the left is out rioting and protesting the results of the Nov. 8 election. They’ve grown accustomed to getting their way over the last 10 years. It also should come as no surprise to us that they’re interested in dismantling the Electoral College, which gives every state a say in national elections no matter its size and population. Additionally, it helps preserve states’ rights and their self-identity by assuring that larger states like California, Texas, New York and Florida cannot shape the political narrative and culture for the rest of the country. However, what you may not realize is that when the left loses a national election, it doesn’t stop their agenda to form a socialist America from moving forward. It just slows it. That’s what I witnessed on full display in studio election night. The left lost big on Election Day, but like Arnold Schwarzenegger, they’ll be back.

I live in Seminole County, Florida, where 15 percent of registered Republicans and 27 percent of registered Democrats didn’t bother to vote in this election cycle because they weren’t excited about their choices for president. Obviously, Democrats sitting out the election at a higher percentage gave Donald Trump the advantage to win the White House, but the low turnout amongst Democrats also allowed Republicans to remain in charge of our state House and state Senate. That may not happen again.

My concern is that the reason so many voters decided to stay home, other than their lack of enthusiasm for our presidential picks, is because they simply don’t know which party runs the state Capitol. In other words, regardless of the impact and immediacy state and local races have on their everyday lives, federal campaigns were the determining factor for why they stayed home. Even though Republicans won most of their races, this is disconcerting to me because many local politicians are running their campaigns based upon national platforms that have little or nothing to do with local politics. This strategy consequently increases government overreach locally because voters aren’t aware whom to hold accountable at home when policies adversely affect their well-being. State politics too often mirror federal elections when the truth of the matter is federal campaigns should take their cue from states.

Based on the number of Democrats that sat out the Nov. 8 election in my county alone, it would be wise for Republicans to trumpet their accomplishments locally, loud and often. Never underestimate the ability of Democrats to quickly turn an entire state blue by enticing out-of-town residents to move into big cities where voters are concentrated. Cases in point: St. Louis, Missouri, Chicago, Illinois, Baltimore, Maryland, and we’re witnessing the same trend take affect here in Orlando’s Orange County where gentrification is on the rise downtown.

In a lengthy column posted on FiveThirtyEight.com a couple weeks ago entitled “All Politics is National,” one of several charts they posted showed that only 76 percent of people polled could identify which party controlled the U.S. House. From that same group of voters, only 47 percent could tell them which party ran their statehouse. That’s a troubling trend for voters like myself that believe in states’ rights. It also explains why the Democratic strategist I mentioned earlier were still hopeful despite losing national elections big. They were comforted by the fact they made some unexpected gains locally and statewide.

As of Nov. 8 Republicans control 68 of 98 state legislative bodies and will occupy 33 of the 50 governor’s mansions. That’s a good thing! However, since voters are more aware of national politics and tend to ignore their local politics, all it takes is one national wave election to totally shift the mood and policies of our country. Frankly, the tendency to run national politics in local districts is a serious threat to the Tenth Amendment no matter which party is in charge.

Besides the ability to practice free religious expression and pursue any dream you hope to fulfill, part of the greatness of America is getting to experience and appreciate the uniqueness of our union from state to state. I’m sure you don’t travel to Texas to experience what it feels like to live in New York, do you? That would be silly! However, it’s exactly what the left wants.

To ignore state and local politics is to nullify American exceptionalism. As conservatives we can’t let that happen. Let’s vow to get to know all of our politicians from the county commissioner to the statehouse and to the White House, and I’ll see you back at the ballot box in 2018.