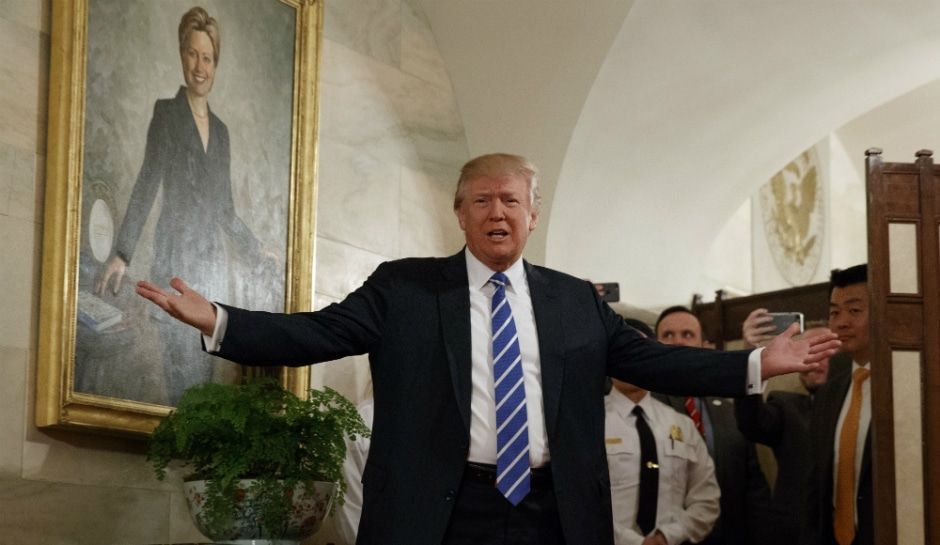 I’m not speaking of access in the traditional sense of the word mind you. Although the White House is still technically considered “The People’s House,” security makes it unlikely that any of us will see the president up close and personal in our lifetimes. However, Trump, like the late great President Ronald Reagan, has uniquely positioned himself as a president of the people by being transparent about who he is and where he stands on any given policy issue. In other words, it’s not just Trump the president on display, but it’s also Trump the man. He doesn’t feel like some unreachable politician; he feels like someone who’d pull up a chair to play a game of Dominoes with you at your auntie’s Memorial Day barbecue, before jetting off in his chauffeured driven limo that’s parked next to your Toyota Camry in the driveway.

Ironically, thanks to far left-wing Democrats and the mainstream media’s unrelenting campaign against him, Trump isn’t totally responsible for his appeal and success as president. By refusing to work with Trump on any legislation, or even acknowledge the good things he’s done on the world stage to advance the cause of freedom (can you say obliterating ISIS?), or the economic growth and prosperity we’re seeing for all races and ethnicities in America due to the GOP tax cuts, the left has unintentionally played right into Trump’s hands.

The left is making a huge mistake, thank God! Their relentless and unwarranted media attacks against President Trump, whether it’s the fake Russia-collusion narrative, their obsession with Stormy Daniels or simply bashing his “style,” they’ve managed to make him a sympathetic figure. And not just to his loyal Trump-can-do-no-wrong base, but to people like me who didn’t pull the lever for him in 2016, who are now eager to see him advance his deregulation, judicial and legislative agenda in 2018 and 2020 in lieu of the left’s unprecedented opposition to all things Trump.

I don’t always like or agree with Trump’s tweets because they often distract us from his accomplishments, but you’d be a fool to deny or ignore the connection he has with his most ardent supporters because of them.

Back in September of 2014 the Washington Post published a very inciteful column entitled “People used to be able to walk into the White House. Legally.” The columnist wrote “… once upon a time it was possible for just about anyone to stroll into the president’s home during an open house and partake in the free-flowing booze. Like that time people nibbled on a 1,400 pound block of cheese and ground the crumbs into the upholstery. Seriously.” Thomas Jefferson, our third president, began the practice of allowing virtually unfettered access to the White House. He genuinely believed it was the “people’s house.” The article notes that Jefferson and subsequent presidents would greet visitors in the East Room around lunchtime, because they weren’t allowed in the mansion while the president was sleeping or while he was out of town.

After the British burned the White House in 1814, President James Monroe added an iron gate, much like the one we see today. Subsequent presidents added their own measures of security. For the most part the White House remained open to the public until World War II.

It’s relevant because despite the armed guards, security, gates and walls, President Trump gives us access to his thoughts, opinions – his heart. Not just through Twitter, but in interviews. It’s as if he’s an open book, and he’s reaching out beyond the walls. Love him or hate him, Americans generally can appreciate and respect a leader that dwells among them; in his own unique way, Trump does just that, and there’s no way for the left to combat it.