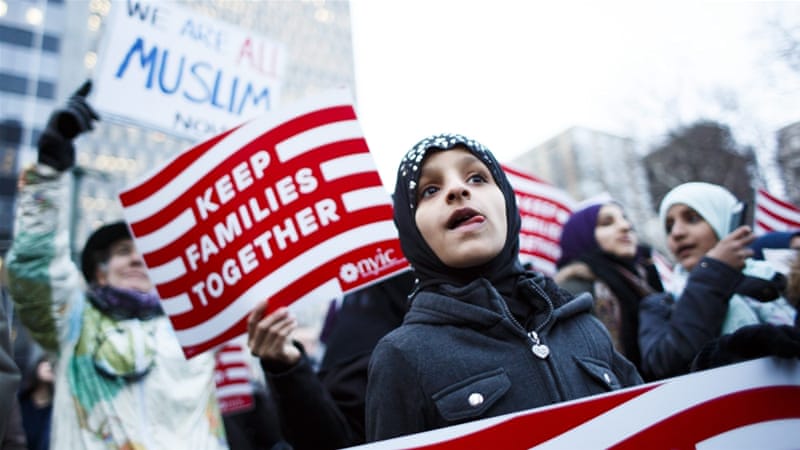 Can you identify what these attacks have in common? September 11, the Manchester Arena bombing, two attacks at Fort Hood, the San Bernardino massacre and the Pulse nightclub massacre? If you guessed they were all perpetrated by radical Islamists that want “We the infidels” dead, you’d be right. They don’t care if you’re black, white, Latino, Asian, gay, straight, Democrat, Republican, or Libertarian. If you don’t convert to their warped ideology, you die. It’s really that simple. President Trump has a duty to keep all Americans safe despite our political differences. Anything less than that would be a dereliction of duty.

This week I had the privilege of attending my nephew’s high-school graduation. He’s a good kid, a good student and an exceptional football player and wrestler. This fall, he’ll be attending an out-of-state university where he’ll get to fulfill one of his lifelong dreams to play college ball. He was heavily recruited. As sad as it’ll be to see him go, I’m just as equally excited to see his dreams come true. The combination of his hard work and his parents’ guidance paid off.

Contrast that to the Manchester Arena bomber, Salman Abedi, who plotted and carried out the murder of 22 innocent children, teens and adults at the Ariana Grande concert Monday. No one is safe! Unlike my nephew, and despite living in a country where he was free to worship God however he pleased, Salman Abedi grew up with aspirations to murder your children. My nephew will soon travel to Pennsylvania to begin his workout regimen. Abedi traveled to Libya to train in the art of mass murder. Wake up, America! Islamists don’t think or behave as we do, and we must stop pretending otherwise.

Far too many Democrats are convinced that acts like the Manchester bombing are in part due to America’s international intervention in military affairs over the years. Nothing could be further from the truth. Sadly, when you grow up in a world where you must invent micro-aggressions on college campuses to feel like you’re oppressed, it becomes increasingly difficult to recognize actual threats. That’s where the left is. They can’t fathom the necessity for travel bans from Middle Eastern hot zones and “extreme vetting” because they’re unable to conceptualize fact from fiction, or reality from fairytale. It’s almost as if the left wants to project their worldview upon jihadists.

Let’s look at another scenario. My next-door neighbors immigrated from Russia legally over 20 years ago. The couple have two adult sons I’ve watched grow up over the years. The dad is a truck driver; mom stays at home. Both sons have married and moved on. One of the sons is in the printing business, the other moved to Utah to work for Goldman-Sachs. They’re also dads themselves now. They’re living the American Dream. They are the types of the “legal immigrants” we should be fighting for.

On Thursday, when the heavily politicized 4th Circuit Court of Appeals upheld a district court ruling that blocked President Trump’s temporary travel ban on jihadi infested Iran, Libya, Sudan, Somalia, Syria and Yemen, again, and sent it on a trajectory for the Supreme Court, it did nothing but weaken America’s resolve. As a matter of fact, those judges put the lives of my neighbors, my nephew and myself at risk so they could feel good about themselves.

When Chief Judge Roger Gregory stated that Trump’s travel ban was “an executive order that in text speaks with vague words of national security, but in context drips with religious intolerance, animus and discrimination,” one would think he was describing jihadis themselves.

This is the left in America today, folks – terrorists matter, and you don’t. Thank God we have a president that cares for our physical safety because the 4th Circuit Court of Appeals does not.