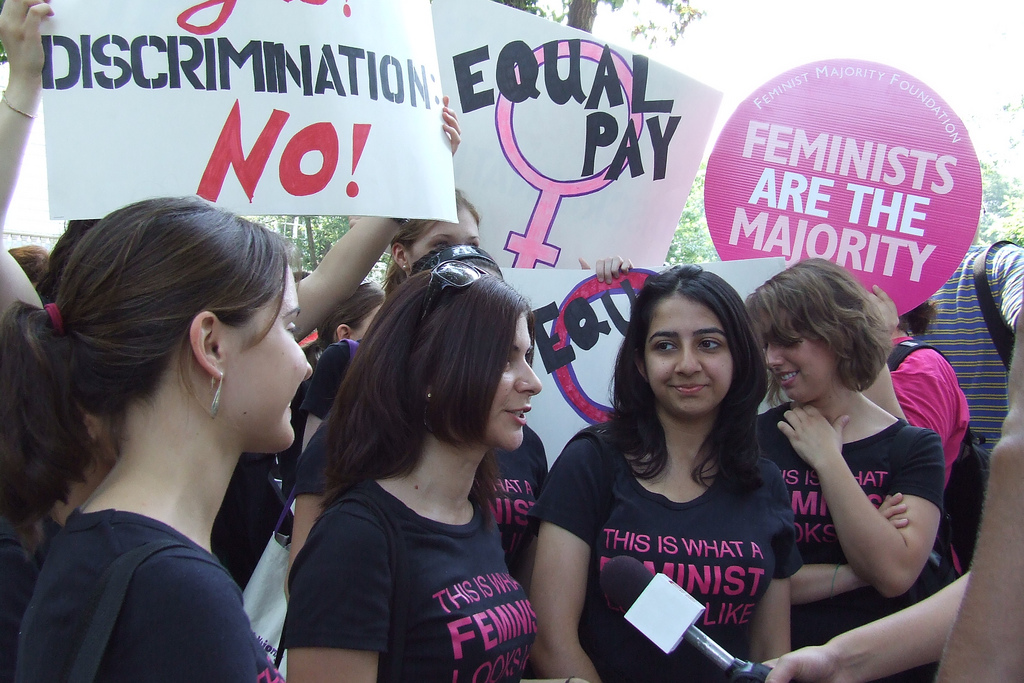 When you think about it, radical feminism has taught men that they don’t have to step up to the plate to ask for a woman’s hand in marriage, because it’s sexist. According to the book “Understanding the Times,” by David A. Noebel, feminism emerged from the secular humanist worldview. “Humanists often cite the institution of marriage as a prime example of the failure of Christian culture to provide freedom for the individual to grow. Marriage is considered too restrictive, inhibiting ‘vital inclinations.’ Heterosexual monogamy, for the Humanist, epitomizes social slavery.”

Furthermore, many feminists believe that marriage and the traditional family are overrated and have outlived their usefulness “because they have been used by men to dominate women.” They believe women are reduced to breeders, caretakers, spousal servants, maids and victims of the labor market.

However, the argument that women are victims of the labor market falls flat on its face. For instance, more women than men both enter and graduate college, and the “pay gap” myth between women and men perpetuated by the left is just that, a myth. According to the Heritage Foundation in an article titled “Pay Gap” Myth Ignores Women’s Intentional Job Choices,’ by Rachel Greszler, data cited in the gender pay gap “looks only at the median earnings of full-time wage and salaried workers. It doesn’t differentiate really important factors, such as education, occupation, experience, and hours which account for nearly all of the differential in earnings between men and women.”

Additionally, lest we forget, The Equal Pay Act was signed into law by President John F. Kennedy in 1963. In other words, the “pay gap” argument hasn’t been a major issue for over a half century, but that hasn’t stopped radical feminists from lying to their followers.

Sadly, radical feminists leave victims in their wake that are rarely considered. Such is the case with the two individuals I spoke with over the weekend. By the way, they don’t know each other, nor have they ever met. However, they’re perspective as singles of different sexes wanting to marry was eerily similar. Both of them are relatively young, under 30, and attractive. The guy explained to me that the women he encounters don’t want to be tied down. He attributed this to radical feminism. He admitted that although he wanted to settle down, he and his millennial friends felt as though that wouldn’t be possible until he was about 35 years old. Why? That’s how long he and his friends figured it would take for the women they knew to let go of the radical feminist pose in exchange for a husband. In other words, they were waiting until the women were done being played by men. Until then, they figured they’d sit back and play along with the “feminist game.”

Likewise, the female I spoke to had been played by a guy she hoped to settle down with. He was living two separate lives, and when he was caught he explained to both women that he wanted to continue seeing them, but with no strings attached. Thank God my friend didn’t go for that. However, she was convinced that this guy had gotten away with playing the field because ladies today make it so easy for men. Therefore, women like her are forced to sit on the sideline, hoping men will mature enough to want to settle down and marry them. Unfortunately, by ignoring the basic physiological and emotional differences between men and women, feminists have helped cultivate the type of men they claim to despise.

In short, radical feminists haven’t created better men. They’ve created confused and immature little boys that will never grow up, because they don’t have to.