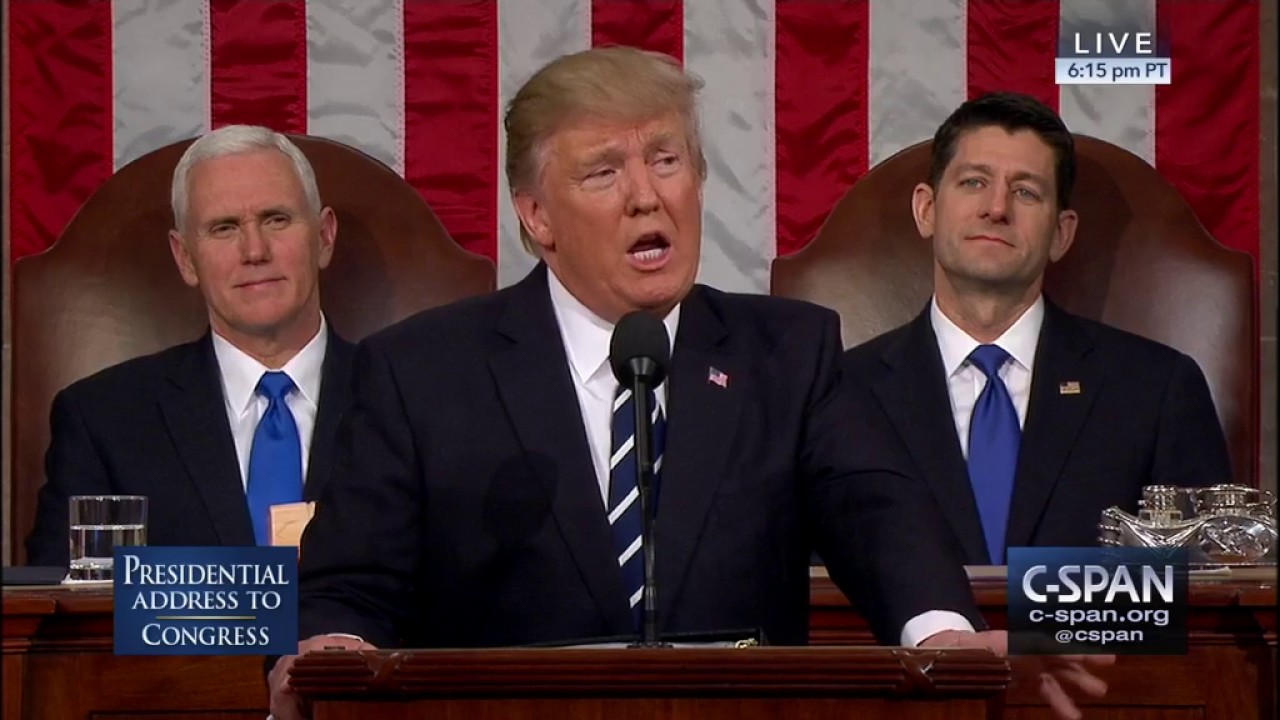 As political pundits eagerly, and in some cases begrudgingly, wait to dissect President Trump’s first State of the Union address before a joint session of Congress, as far as his supporters are concerned, all that will matter is the state of their households. In other words, it’s still the economy, stupid.

I’m convinced that those who hate the president no matter what will be inclined to continue to do so; they’ll always believe worst-case scenarios about him. Likewise, his most ardent supporters will disregard his comments or contradiction in policy no matter what. Then there are those who truly want a united country, and they want to like the president. These types of voters won’t necessarily run to their own biases to affirm what they believe about Trump. Rather, they’ll seek the truth, give the benefit of the doubt to the president and wait to hear what he has to say Tuesday night. The first two types of people are looking for excuses to be mad at the opposition. Therefore, it’s up to the president to persuade those who like his policy, but not his antics, to support his ideas and the Republican Party all the way to the ballot box in 2018.

On Tuesday night, President Trump will have to expand his base by both reminding voters of his policy achievements during his first year in office, as well as cast a vision for the year ahead. In lieu of the upcoming midterm election, it’s crucial that Trump stay on message. Midterm elections are typically a referendum on the party in power. The only two presidents to buck the trend in the last century are FDR and George W. Bush, both seeing their party gain congressional seats during their first terms in office. Trump hopes to be the third, but he’s got an uphill battle.

As reported by the New York Times, “Mr. Trump will point to record stock market highs, his deregulatory agenda, the confirmation of Neil M. Gorsuch to the Supreme Court, passage of a $1.5 trillion tax cut, the defeat of the Islamic State in Iraq and Syria (ISIS) and a record-low unemployment rate.” Imagine how many viewers will be hearing about the president’s list of accomplishments for the first time tonight. Without the filter of the left-wing media there to distract viewers with the fake Russia-collusion narrative, the president could potentially have a great night. If he can begin to focus his Tweets on his accomplishments, I believe he’ll have an even better year than current polls indicate.

The president has a distinct advantage over Democrats in 2018 – bigger paychecks don’t lie.

Here’s what I mean: My niece’s fiancé works as a manager at a factory in Findlay, Ohio. The factory makes and rents custom parts for excavators. Annual pay for his maintenance guys range from $45,000 to $63,000 based on experience. As you can imagine there are ardent Trump supporters working there. However, there are several Democrats who can’t stand the president, and they’re not shy about expressing their opinions. The most vocal liberal of them all, often expressed to his co-workers how Trump and Republicans didn’t care about blue-collar workers like himself and that the GOP tax reform, known as the “Tax cuts and Jobs Act,” would only help the rich. Unfortunately, for him and the Democratic Party, his paycheck told a different story. He’ll keep over $3,000 more of his pay this year due to tax reform. When he was teased about the increases he’d see in his paycheck by some of his Trump-loving coworkers, he went on an F-bomb-laced tirade but eventually admitted he might be wrong about the president.

Democrats won’t skate through the 2018 midterms because more and more blue-collar workers across the country are going to have to admit they were wrong about Trump’s signature legislation when they see the increase in their paychecks. Then, they’ll have a choice: preservation or partisanship? I suspect many will choose the former.