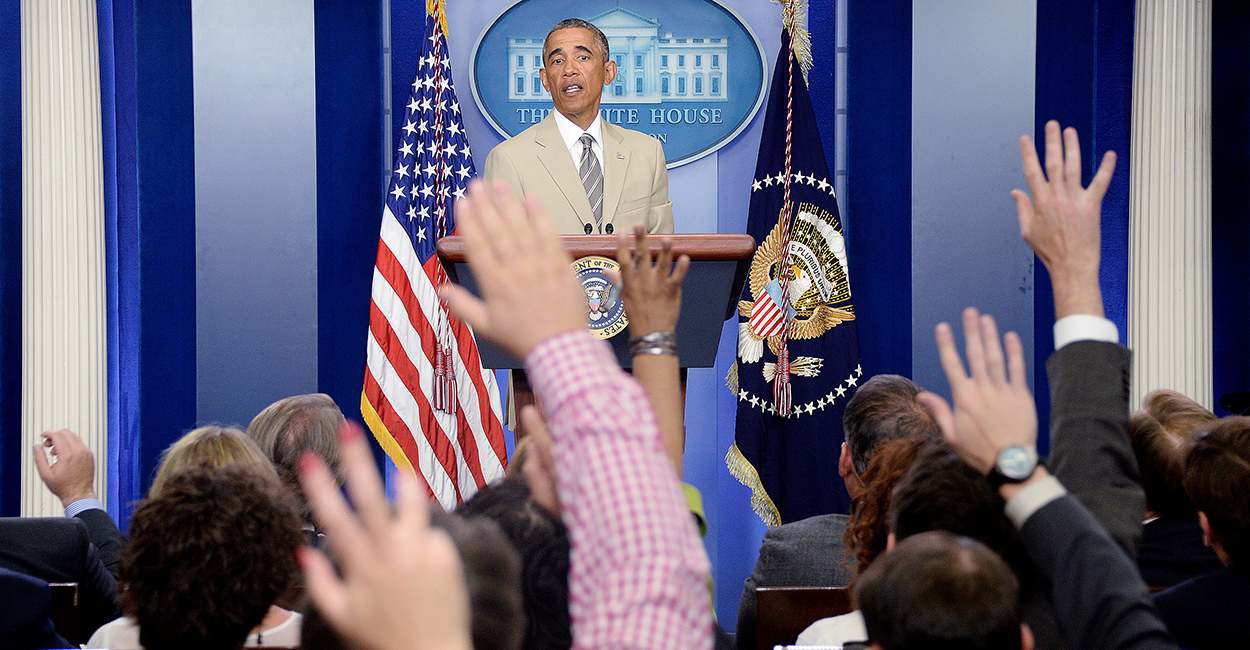 His thoughts are higher than our thoughts, and his ways are higher than our ways. No, I’m not talking about Jesus Christ, but President Obama’s perception of himself. The problem with our president is he views restraint as an absolute virtue, and the golf course as his faculty lounge.

The nation was shocked to its core last week as we witnessed the brutal beheading of American photojournalist James Foley at the hand of ISIS. However, what followed next left even Liberals like Maureen Dowd of the New York Times (read The Golf Address) with a nasty taste in their mouths. President Obama’s tepid response to the murder of James Foley left much to be desired, but his trip to the golf course immediately following his speech garnered criticism from the left that is all too rare.

However, in his defense the president has been consistent. He doesn’t see heroism in the traditional sense like most Americans, and he’d rather hear the praise from his friends and fawning supporters than the consultation of his cabinet and military generals. This is nothing new. Although you and I were disappointed at President Obama’s pit stop speech on James Foley before heading to the greens, you can rest assured he was patting himself on the back for another Academy Award winning performance. We the Pee-ons may have wanted to avenge the gruesome death of James Foley, but what do we know? When we played cops and robbers as kids we were dumb enough to believe the robbers were the bad guys. Under President Obama’s Justice Department robbers are civil rights heroes.

Rush Limbaugh is right. Obama hasn’t checked out, like Karen Carpenter, he’s only just begun. JV despots like Obama don’t care to compromise, negotiate, or even communicate with Congress – Republican or Democrat. He sees no point in debating with inferior minds. What tyrant do you know of cares to placate the media when he knows they’re at his beck and call? Whatever mishap he makes now, they’ll be sure and revise come election time. Obama’s minions are at work in every department of our government. Does it matter how much he golfs, when he knows his subordinates are there to carry out his purposes? He hasn’t checked out! When you govern in a quasi dictatorial fashion as he does others check in!

If you don’t believe president Obama views restraint as a moral virtue, take a trip with me down memory lane. President Obama exercised “restraint” with President Assad of Syria when we believed he was gassing his own people. The President went so far as to draw a “red line” in the sand only to practice restraint once it was crossed. In this case however, thank God he was right to dither, even if by sheer accident. The Syrian rebels that wanted our help uprooting the Syrian president at the time are known as ISIS (Islamic State of Iraq and Syria) today. Vladimir Putin continues to advance against Ukraine. Where’s our president? Israel faces an existential threat as rockets rain down on the Holy Land from the Gaza strip by the terrorist organization Hamas, only to have Obama’s JV team (aka John Kerry) demand that Israel use “restraint” as they defend their very lives. Recall the concept of the Medal Of honor for “Courageous Restraint” that began to grow legs under Obama’s leadership in 2010. Thank God it didn’t come to fruition!

In the minds of Leftists restraint requires patience, logic, reason, understanding, virtue, and acceptance of cultures unlike our own, including Middle Eastern terrorist. They believe this “restraint” makes them better people. In their minds it’s only a matter of time before liberal compassion leads to repentance, even from the likes of ISIS. The rest of us are but silly unintelligent war-mongering cowboys just like George W. Bush.

When President Obama rushes off to the golf course he’s not just simply looking for a good time and relaxation. He’s looking for applause and affirmation from like minded elitist who don’t question his political actions, but revere them. It’s his faculty lounge minus the toaster and coffee maker. He’s free from criticism. He’s free from accountability. When he leaves his faculty lounge break room (the golf course) he feels refreshed, energized, and renewed to continue his crusade in bringing America down to size.  Frankly, the more he golfs the more concerned American loving people should be.