The Carl Jackson Show and Blog
Home The Blog Political Oh Where, Oh Where is Obamacare? 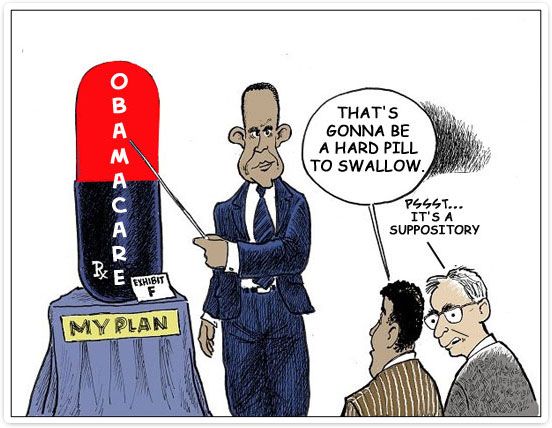 The problem with supporting Obamacare is that you have to believe politicians care more about your health than your doctor does. It isn’t logical. Medical treatment and compensation for that treatment should be left up to the doctors and patients. Any regulation needed should derive from state legislatures.

We have fewer than 60 days to go before the presidential election, and I’ve hardly heard a peep about Obamacare, also known as the Affordable Care Act, from either of the major-party candidates. Why do you suppose that is? We know that Hillary supports it. In fact, she’d prefer a single-payer system like our British allies. But what about Donald Trump? What must he think of Obamacare? Despite all of his bravado and hard-punching rhetoric, the Republican nominee really seems to have a soft spot for the “less fortunate,” and he isn’t above expanding federally funded entitlement programs. Recall, during the primary debates Mr. Trump was clear that he believed everyone should have access to health care even if it meant the federal government had to pay for it. Additionally, just this week he and his eldest daughter, Ivanka, laid out their plans to expand child-care benefits on our dime if he’s elected president.

Therefore, we have two presidential candidates who believe that Uncle Sam makes a better doctor, mom or nanny than you or I. Despite the overspending in Washington that gave rise to the tea party and caused records of numbers of conservatives to come out and vote during the 2010 and 2014 midterm elections to change course, voters for both candidates have acquiesced to big-government intrusion in our lives as long as their guy wins.

Voters on both sides of the aisle are rightfully concerned about the Supreme Court. Conservatives like myself would love to see another originalist in the vein of an Antonin Scalia or Clarence Thomas nominated to the highest court in the land. Here’s the problem: If Republicans win the White House but fail to roll back every bit of Obamacare, improving balance on the Supreme Court will be worthless. A government that has a say over your health care has a say over every aspect of your life – including what you should eat and drink, how you should drive, what you should drive (if you believe “man-made” global warming is destroying the ecosystem), how many children you should have, whether or not religious organizations or religious run hospitals can decline to perform abortions, what you might say that causes mental anguish to others, etc. You get the point.

Last week one of my older brothers, who’s a diabetic, was hospitalized after his blood-sugar level measured over 600! When I took him to a local ER, the doctors were astonished he was even walking. They thought he should’ve been in a coma. How did his numbers get so bad? He’s homeless, at least at times, mostly by choice and bad decisions. He lives in and out of hotels, and when he doesn’t make enough money with day labor, the curb is his pillow. He wasn’t eating right and refused to take his meds. Time and again my wife and I have offered to help him stay off the streets permanently. We’ve opened our home and wallets whenever needed. Unfortunately, he’s not at a point where he’s had enough yet. Carl, what does this have to do with Obamacare?! I’m so glad you asked.

My brother isn’t insured, and he refuses to take welfare. He was hospitalized for a week! The doctors never asked if he could pay the bill. In fact, they were excited he had no insurance because they could do whatever needed to restore his health – and they did! They spared no expense!

When he was admitted into the hospital we were upfront about his finances. The hospital assured us they’d work with him, but we had no idea he was in such bad shape. He was peeing blood, his stomach lining was messed up, his acid reflux was so bad he could barely eat or drink for three days. My brother is a fun-loving guy, but mentally he isn’t all there. You wouldn’t know that even in several conversations with him. The doctors and nurses knew. After IVs, insulin shots, blood-sugar meds, medication for the acid reflux, blood tests for AIDs and hepatitis, a camera run through his stomach and more, he was finally released after seven days. Oh, did I mention they wrote the entire bill off? Unbelievable!

These people are the cream of the crop! How dare we have the audacity to believe President Obama, Donald Trump, Hillary Clinton or any other politician cares more about our health care than the very people that provide it. It isn’t wrong to be passionate about winning the Supreme Court, but conservatives must be equally passionate about preserving the best health-care system the world has ever known.
Read more at http://www.wnd.com/2016/09/oh-where-oh-where-is-obamacare/#T4kxf84jew3OcMSO.99