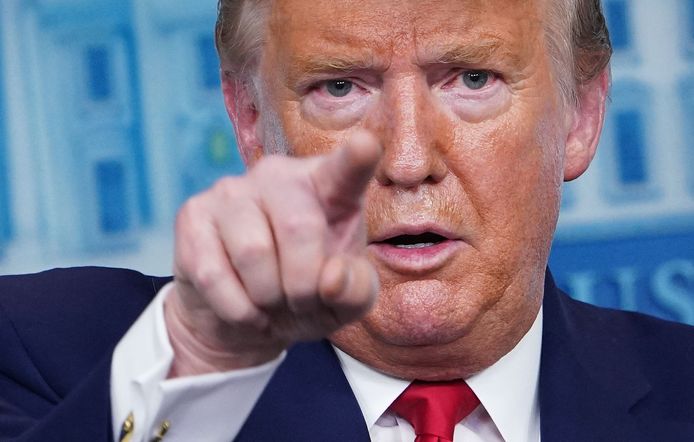 During the holiday season conservatives are going to spend lots of time across the dinner table from a family member that’s a know-it-all democrat. No matter how much you’re determined to simply eat, laugh and watch sports, there’s always that one family member that will continue to goad you until you can no longer avoid talking about President Trump.

After you’ve destroyed that person facts, instead of licking his or her wounds and accepting defeat, they actively recruit all of your other Democratic family members to gang up on you. Much like the original instigator, you quickly realize that their arguments are as void of facts and high on emotion as a Don Lemon monologue. Once they finally realize they can’t convince you to vote democrat in 2020, they resort to calling Trump names and questioning how you could ever support him. The list of names might include everything from tax cheat, philanderer, racist, sexist, fake president, and Russian plant to dictator.

It’s the word “dictator” I’m most concerned with, particularly, when they ignore the fact that the top-tier candidates in the Democratic primary are running as socialists. Our parents, our schools, our media and even some of our churches have failed to educate many of us on what it actually means to be a dictator.

Here are 4 reasons why Trump isn’t a dictator:

1) Dictators don’t cut taxes: Dictators don’t sign legislation like the “Tax Cuts and Jobs Act” as President Donald Trump did, that allowed more Americans to keep more of their own hard-earned money. On the contrary, via over taxation, dictators seek to hoard the nation’s wealth for themselves, their allies and to buy allegiance from their military so they can crush dissent like China does (note to Lebron James).

2) Dictators don’t deregulate: Personally, I hate regulation because it’s the easiest way for unelected bureaucrats to circumvent the will of voters. However, I understand under the right circumstance, regulation is a necessary evil. I’d prefer all regulation be implemented at the state and local levels.

With that said, President Trump promised to reduce regulation on the campaign trail, and he’s kept his promise. According to the Heritage Foundation, during Trump’s first 22 months in office he only took 229 regulatory actions compared to former president Obama, who took 647 regulatory actions, and former president George W. Bush, who took 465 regulatory actions in the same length of time. Under Trump’s Executive Order 13771, which he issued just 10 days after taking office, agencies were required to “offset the cost of any new significant regulation (or guidance) with at least two deregulation actions.” Trump also placed a budgetary cap on agencies to reduce their incremental costs. The bottom line is, dictators don’t seek to relinquish control by weakening their own government. Dictators gain more power and control over their people by creating more government dependence.

3) Dictators don’t tolerate dissent: could you imagine President Xi Jinping of China tolerating the level of criticism President Trump endures daily from the mainstream media? What about Venezuelan president Nicolas Maduro? Do you think that the North Korean dictator Kim Jong-un would tolerate dissent without some reporter ending up dead somewhere? Yet, over 90 percent of media coverage of President Trump is negative. Real dictators respond with military force to squash dissent. Trump uses Twitter to fight back against the media elites, and he’s the dictator?! Give me a break!

4) Dictators wouldn’t support Second Amendment rights: you’d think this one would be a no-brainer for democrats but it’s not. Consider Venezuela. They banned private gun ownership in 2012. However, the police, Army, and some security contractors remained armed. According to the Daily Caller, the former Venezuelan leader, Hugo Chavez, claimed “the law would curb the country’s high rate of violence and said the ultimate goal was to disarm all private citizens.” As a result of the law, only 37 weapons were handed over voluntarily, but more than 12,500 were taken by force. Chavez’s predecessor, Nicolas Maduro, ramped up the program in 2013 and today his soldiers are shooting innocent citizens fending for food and fighting human rights in the middle of the street.

Donald Trump, on the other hand, was the first president since Ronald Reagan to speak to the National Rifle Association (NRA). He’s since spoken at several of their gatherings. Because our Second Amendment explicitly states that “A well regulated militia, being necessary to the security of a free State, the right of the people to keep and bear Arms, shall not be infringed,” it’s safe to assume that no president that wanted to be a dictator would speak in front of a group of gun toting Americans that would fight to the death to ensure that never happened.

Sadly, many on the left have been so dumbed down by our educational system that they wouldn’t know what a dictator was if he or she were promising a socialist utopia like Venezuelan president Nicolas Maduro and running in their own Democratic primary.