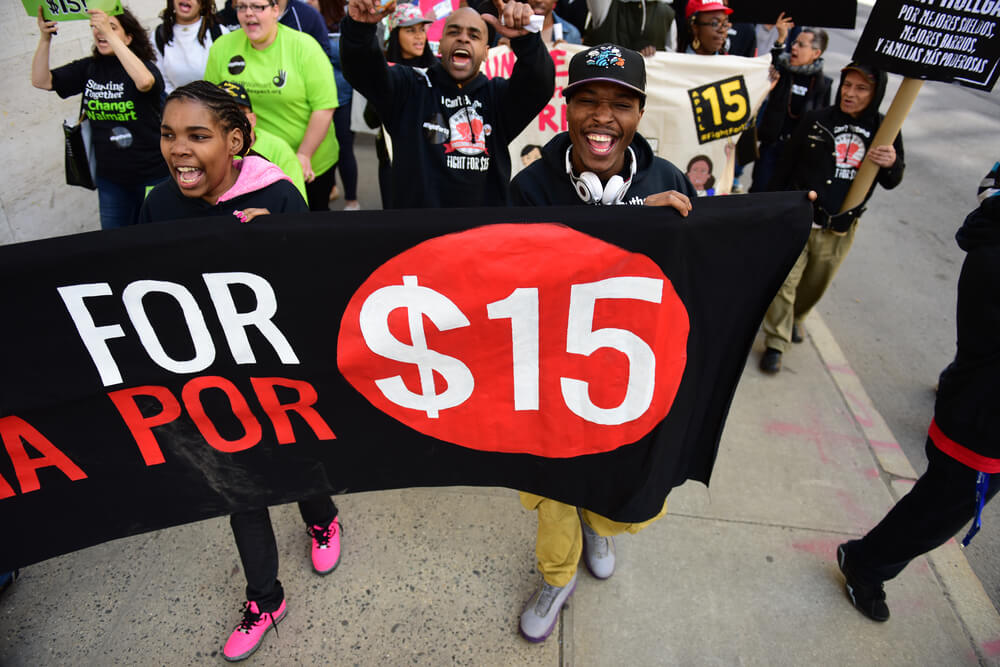 Say goodbye to McDonald’s dollar menu, California! It’s the only food menu the homeless, impoverished and low-income families could afford to splurge on with their kids, before labor unions and corrupt politicians decided otherwise.

Are you familiar with the saying, “If you repeat a lie often enough, people are bound to believe it”? The left knows this too well, and they’re good at it – lying, I mean. The current issue at hand is the federal minimum wage. California Gov. Jerry Brown, state lawmakers and labor unions reached a deal to increase the statewide minimum wage to $15 per hour. They want to be trailblazers for the rest of the nation. Unfortunately, it’s California’s business owners and their employees that will pay the harsh price for this left-wing generosity.

For decades now, Democrats have fought for a higher federal (important distinction) minimum wage. They claim they want to increase the living wage for America’s underprivileged so that everyone can thrive. But in reality, what they’re really doing is increasing government dependency and poverty, for the sake of their job security.

Any arbitrarily imposed minimum-wage hike will cause prices on consumer goods and services to rise, unemployment to accelerate and valuable trades, skills and incentives in the workforce to disappear. How, you ask?

Businesses will have to raise their prices to afford the additional labor cost. All of us who aren’t part of the 1 percent will be adversely affected. Opening a business is very risky since new customers aren’t guaranteed! Therefore, you’ll see fewer business start-ups because the risk will no longer be worth the reward. Employers will have to fire all of their average employees and just keep the superstars. Fast-food places will simply turn to automated machines to take your order, so there will be fewer “first time” jobs available for your kids. Something we haven’t considered: Why would a kid go develop a new skill if he’s going to earn the same pay no matter what industry he’s in? I predict we’ll see fewer tradesman such as welders, plumbers, carpenters, sprinkler repair guys, machinists, etc.

In fact, the only people that truly benefit from these politicized federal wage hikes are politicians and labor unions; labor union wages rise every time the national minimum wage is increased. In turn, rich union bosses have their lemmings vote for any politician that will help keep the gravy train rolling. Because these people have no business experience, or a basic understanding of economics, these geniuses don’t realize that business owners have costs to pay beyond their employees. Since customers don’t grow on trees, businesses, particularly ma-and-pop shops, as well as individually owned franchises, can only hire as many people as they can afford. Now, there’s a novel concept for liberals.

I’ve written numerous columns about the dangers of a federally imposed minimum-wage hike, and this won’t be the last. For a refresher, let’s get some facts straight based on research from both the Heritage Foundation and the Bureau of Labor Statistics:

First, less than 3 percent of all workers in the labor force get paid the minimum wage. Secondly, of that 3 percent, half of them range in ages between 16 and 24, and tend to be part-timers and students. Thirdly, these jobs are mostly occupied by entry-level employees living at home with mommy and daddy. Additionally, the average family income for these workers is over $53,000 annually. Why is that important? Because these newbies to the work force are usually supplementing the primary income earners at home. Since the minimum wage is just a starting point, most of these workers will receive a raise, and some will even get a promotion within their first year of employment. Lastly, just 4 percent of the total minimum-wage workforce are single parents working full time – which is totally contrary to what we hear in media and academia so often.

Now that we know the facts, it’s time to fight back! A minimum-wage hike offers minimum opportunity for all Americans! If fewer kids were attending these public and private colleges, they’d know that.