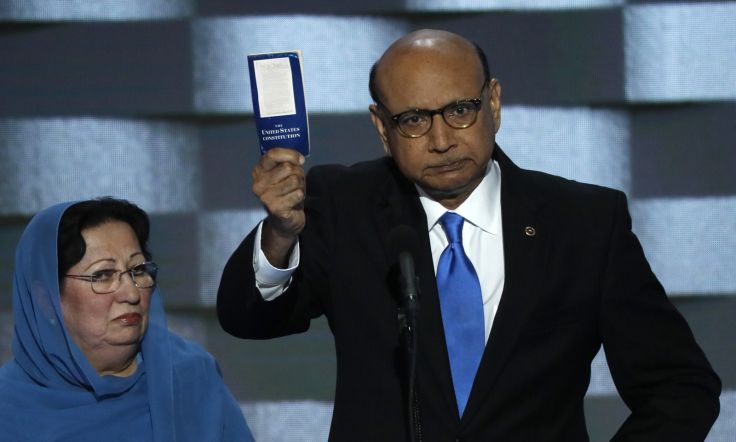 Donald Trump is finding out that the general election is nothing like the primaries, albeit ever so slowly. With an opponent as disastrous as Hillary Clinton and a media that once fawned over the real estate mogul, one would think Trump would be up 10 points in the polls. He received a small bump in the polls after the Republican National Convention. However, it’s no comparison to the bump Hillary received after the Democratic National Convention, a bump I believe will dissipate in the upcoming weeks – that is, unless Trump continues to allow Democrats to distract him from staying on message, and if he continues to place his campaign in a defensive posture due to his own stupid gaffs, both of which will lead to defeat in November.

Sometimes I hate being a conservative Republican when I see the Democrats playing the game of politics so effectively, particularly this year when we should be running away with the election. Obviously, the DNC has done their research on Trump, and they’ve realized that in his own arrogance, he tends to react to their bait. Here’s the problem:

If the left can cast you as a reactionary candidate rather than a visionary one, they’ve already won.

Why do you suppose Khizr Khan, father of a slain Muslim American soldier and a Gold Star dad, was rolled out to criticize Donald Trump? Additionally, why do you think President Obama, in an unprecedented fashion, said that Trump was not fit to serve as president? They were traps set for Trump in an effort to distract him – and it worked! The DNC knows he’ll take the bait and get off message virtually every time. As a result, the biggest foreign policy scandal in modern American history, a $400 million payoff in untraceable currency to the mullahs of Iran for four American hostages, which should be the major headline and lead story on all media outlets, is barely being spoken of.

Trump is like the dog in the animated movie “Up” that would become instantly distracted the moment he saw a squirrel no matter what it was doing. Trump has to control his urges to react. He has to shut up long enough to allow Hillary to react to her own negative headlines.

In politics, if you’re on defense, you’re losing. Having to defend untimely gaffs rather than advance policy is never advantageous. Left-wing radical and author of “Rules for Radicals,” Saul Alinsky, put it this way when speaking of staying on offense rhetorically:

“The real action is in the enemy’s reaction. … The enemy properly goaded and guided in his reaction will be your major strength.”

The left knows exactly what its doing when it comes to Trump. Naively, Trump made the mistake of believing the media really loved him when they gave him nearly $2.5 billion dollars of free media attention. In their minds, they were choosing the GOP nominee once again. Don’t believe me? Just observe how Trump surrogates are cross-examined on news outlets today as opposed to the primary season. Self-control has to become one Trump’s greatest virtues if he stands any chance of winning the presidency.

The current polls aren’t looking good for Mr. Trump. He’s trailing Hillary in the polls of several battleground states, including, Florida, Ohio, Wisconsin, Colorado, Virginia, Pennsylvania, Michigan and New Hampshire, just to name a few. If Donald Trump doesn’t learn to stay on message before the debates occur, as well as offer an optimistic vision for voters, he’ll have to be renamed “Donald Chump,” because he’ll be defeated by one the worst candidates ever, Hillary Clinton.