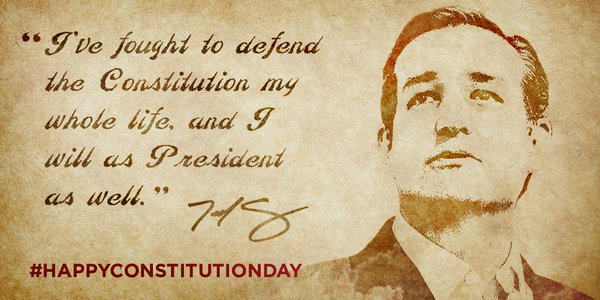 I feel like an “outsider” amongst my own people – not blacks, but conservatives. Conservatism is as conservatism does, or at least it used to be that way just one year ago.

President Obama missed his opportunity to strengthen America. Are we going to miss ours? Those that elected him hoped he would unite our country among racial and ethnic lines, strengthen relationships with our global allies, and fix a perceived “economic crisis,” which in comparison to today’s national debt and annual deficit spending seems more and more like a balanced budget. I’m convinced our generation will get one shot to fundamentally restore our constitutional values. This election is that important! Are we seriously going to choose the wrong leader at the right time? Admittedly, I’m beginning to think so.

Six months ago, I would’ve never imagined so many “conservatives” could potentially become as detrimental to the future of America as Obama voters – either unable or unwilling to discern effective rhetoric from reality, campaign tactics from core convictions. Amongst the so-called “establishment,” “bipartisanship” has become code language for choosing a political party over principles. Likewise, and even more disturbing, many in the conservative movement have quickly fallen prey to populism despite tangible evidence of waffling convictions from our leading candidate, Donald Trump. I assumed conservatives would settle for nothing less than a proven constitutionalist in the White House this time around. Someone that would work to restore our Judeo-Christian heritage and reestablish the rule of law and our Separation-of-Powers, as outlined by our Constitution. Boy, was I wrong.

It’s uniquely possible that the very movement that rose up to save America, the Tea Party, may be remembered in light of history as accomplices to her demise. I refuse to be one of them, and you can too.

Understanding how far left America has shifted under President Obama’s reign, Republicans are rightfully asking “who’s most capable of defeating Hillary Clinton in the general election?” It’s a fair question given she’d be the third term of Obama. However, it isn’t the only question we should be asking.

We have the opportunity of a lifetime! Were we to win the White House with a candidate that campaigns as a conservative but governs as a moderate, we may skip an entire generation of voters who have never seen a “real conservative” in the White House. Can you imagine an entire generation of kids who were never taught about the importance of our Judeo-Christian heritage, our Constitution, free speech, religious freedom, the Second Amendment, free market capitalism, less government intrusion, and maintaining a strong military force? Imagine no more – we’re there!

The good news however, is that we’re not so far removed from the Constitution that it can’t be restored. The bad news unfortunately, is if a proven moderate to Progressive like Donald Trump, or socialists like Hillary Clinton or Bernie Sanders were to win the election, America as we’ve known her is done.

We all “want” our candidate to win. But at what cost? What we “need” is a devout constitutionalist. Stop and ask yourself, is your guy or gal the right one for such a time as this in American history? How can you know? You have to look beyond November! In Exodus 18:21 Moses’ father-in-law, Jethro, encouraged Moses to choose good men amongst the Israelites to help him judge and settle disputes so that he wouldn’t wear himself out. The criteria was as follows (ASV): “…you shall select out of all the people able men who fear God, men of truth, those who hate dishonest gain…”

Stop! Think! Who should that eliminate from the race? Furthermore, knowing that, consider these two questions before you choose your candidate:

1) Which candidate is most likely to begin restoring our Constitutional heritage by listening to “We The People,” respecting the boundaries of the Separation of Powers, reducing the overall size of the federal government and its bureaucracies, nominate constitutional Originalist to the Supreme Court, and abide by the 10th Amendment, leaving all decisions to the states that are not outlined in the Constitution?

2) Which candidate has the proven moral leadership over a long period of time, as well as the training and expertise to utilize our three branches of government effectively without over stepping their bounds?

We all want a fighter, but what about a Constitutionalist? Have you asked that? A good president won’t be good enough this year! A good president, without a fundamental understanding of who God is and why He matters, as well as why our founding documents are exceptional, may cut taxes for a spell, build up our military, defeat ISIS, build walls on our borders, but yet and still neglect to change the trajectory of our out of control federal government. Can you say George W. Bush?

Have we become so blinded by our disgust with the GOP “establishment,” that we’ve become more anti-establishment than conservative? Let me be Frank, Ted Cruz is everything Donald Trump is portraying himself to be. It is the difference between a man campaigning and a man with core convictions. We could get as many as four Supreme Court picks during the next presidency. Ted Cruz is the only one with the expertise to make sure we get Originalists on the bench. I hoped we conservatives learned our lesson after Obama won the White House.

“Hope and change,” has been replaced by “Make America Great Again.” I don’t want a “great America!” I want an “exceptional America.” There’s a huge (say huge like Trump) difference! When are we going to start choosing morality over mantra? Thus far, apparently not in 2016.