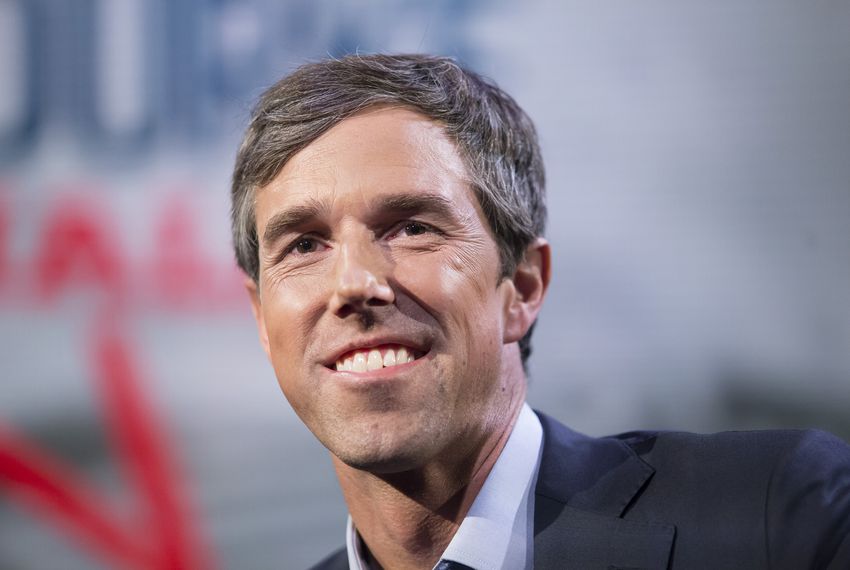 When Robert Francis O’Rourke, better known as “Beto,” announced his run for the presidency a couple of weeks ago his rollout was underwhelming. Despite that, his campaign managed to raise a whopping $6.1M over his first weekend. Since then, O’Rourke’s weird behavior has been exposed. He wrote a fictional piece where he fantasized about running someone over and enjoying it. He mocked women with abusive boyfriends when he was younger. He was a member of the “Cult of the Dead Cows,” a hacking group. But one of his worst mistakes of all, and one I suspect he’ll live to regret, is not taking Joe Biden’s lane before the former Vice President formally announces his own run.

O’Rourke opted to launch his campaign during a 3-day tour through Iowa. He streamed a video seated on a couch next to his wife instead of choosing an on-stage announcement with thousands of supporters cheering him on like Sen. Kamala Harris (D-Ca) elected to do. The optics couldn’t have been worse. One can only imagine that he must’ve been concerned about turnout after the small crowd he drew in El Paso, Texas back in February where he was invited to give a counter-speech to President Trump on border security. Not to mention, Joe Biden and Bernie Sanders (D-VT) are much more popular in the Hawkeye state according to polling on Real Clear Politics.

Secondly, O’Rourke missed an opportunity to use his weird past as a redemptive story. Face it, the dude has done some weird stuff! Yet, because America is so great, even a person like himself, that’s displayed mentally disturbing behavior over a span of decades can rise to a level of an American Congressman. But Americans are going to want to know his pivot point. When did he go from the guy that hacks computers and mocks abused women, to “Beto,” savior of the Democratic party? By allowing the press to speak first on these issues, he’s opened the door for his primary opponents to attack him on the debate stage.

But O’Rourke’s worst mistake of all has been joining the pack of Democratic primary candidates on issues such as the “Green New Deal” rather than leading the pack. He’s done nothing to differentiate his campaign from the rest. Had he taken Joe Biden’s lane as the practical progressive in the race, capable of wooing moderates and Independents, that just so happens to be young, charismatic and attractive too, I believe he’d be polling much higher in Iowa right now. Unfortunately for democrats, he comes off as an empty suit – a Barack Obama wannabe in vanilla flavor. As a result, I think he’ll be exposed in the debates by the likes of Joe Biden, Amy Klobuchar, Elizabeth Warren, Bernie Sanders and Kamala Harris.

There’s no doubt that the knives will be out for President Donald Trump in 2020. There will be a lot of enthusiasm to re-elect the president if the economy continues to do well. But when you consider the overwhelming amount of negative press Trump has unfairly gotten during his first term, despite major political accomplishments, the left will be extremely motivated to make him a one-term president.

Fortunately for Trump, he’ll have a record to run on in 2020. And considering how difficult it is to unseat an incumbent president, it’s going to take more than socialist platitudes to defeat him. Thus far, Robert Francis O’Rourke hasn’t displayed that he’s capable of delivering more than platitudes. He was a back bencher in congress not a leader. If at some point on the campaign trail he presents substantive ideas and shows he can lead, his poll numbers in Iowa will rise. If he doesn’t, “Beto” sounds like a great name for a Mexican food chain.