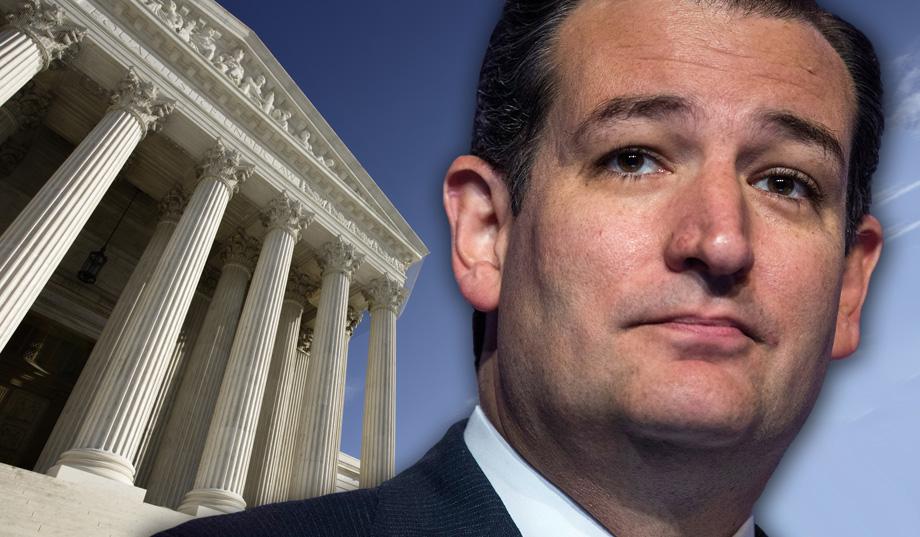 President-elect Trump would be wise to nominate Sen. Ted Cruz of Texas to the Supreme Court for three reasons:

Not many people believed that Cruz would make it as far into the primaries as he did. He was the first Latino American ever to win a presidential caucus, a historical feat Republicans neglected to celebrate. Unfortunately for Cruz, this year voters weren’t looking for a constitutional conservative for president. If they were, he would’ve been the obvious choice. Instead, voters wanted a “fighter” that spoke their lingo, listened to their concerns, and one they felt had their backs against the political establishment and media elites alike.

There weren’t many policy issues that separated Sen. Cruz and Donald Trump during the GOP primary. However, Trump wisely sought the hearts of voters to win their minds; whereas Cruz unwisely appealed to their intellect in a feeble attempt to win their hearts. His strategy backfired. Despite being a conservative fighter in the Senate, he missed the severity of the mood of the country until it was too late for his campaign to rebound. I’m convinced Cruz would have made an excellent president, perhaps even one of America’s finest. However, I’m equally convinced, if not more so, he’d make an even greater Supreme Court justice, one that could potentially surpass the greatness and influence of Antonin Scalia, given his intellect, conviction, our time in history, not to mention his constitutional astuteness.

I’m not alone in my thoughts, either. Many on the left agree with me. How do I know? Sitting in a green room at our local Fox affiliate here in Orlando, a prominent attorney that also serves as both a Democratic analyst for the station and a local Democratic strategist admitted that although he was devastated by Hillary Clinton’s loss to now President-elect Trump, he and most every Democratic leader he knows was relieved Ted Cruz hadn’t won the presidency.

Additionally, and to my amazement, he claimed the left wasn’t as concerned about a Marco Rubio presidency, either. Why? Because they believed Rubio, albeit a great communicator, was completely pliable because he hadn’t a singular core issue voters could easily galvanize around; he’d have no real mandate were he to take office. Of course, he also believed Trump was a fool that really had no idea what he was getting himself into, because in his mind he’s an ideological agnostic who’s a moderate at best and a political rookie that doesn’t understand the nuances of having to work with two co-equal branches of government.

Ted Cruz, on the other hand, scared him because he was convinced that Cruz would have set the left back for decades if not generations. How? By being the president, in their view, most likely – wait for it – to take us back to the founders’ original intent of the Constitution in every conceivable way, thereby dismantling the progressive movement.

Although it might be politically expedient for the remaining RINOs in Congress to rid themselves of one of the few remaining true conservatives in the Senate, or for Donald Trump to rid himself of a potential primary challenger in 2020 in the event he breaks campaign promises or spends us further into oblivion, it is politically advantageous for everyone, especially “We the People,” to place Ted Cruz on the Supreme Court in order to make the nightmares of the left come true.