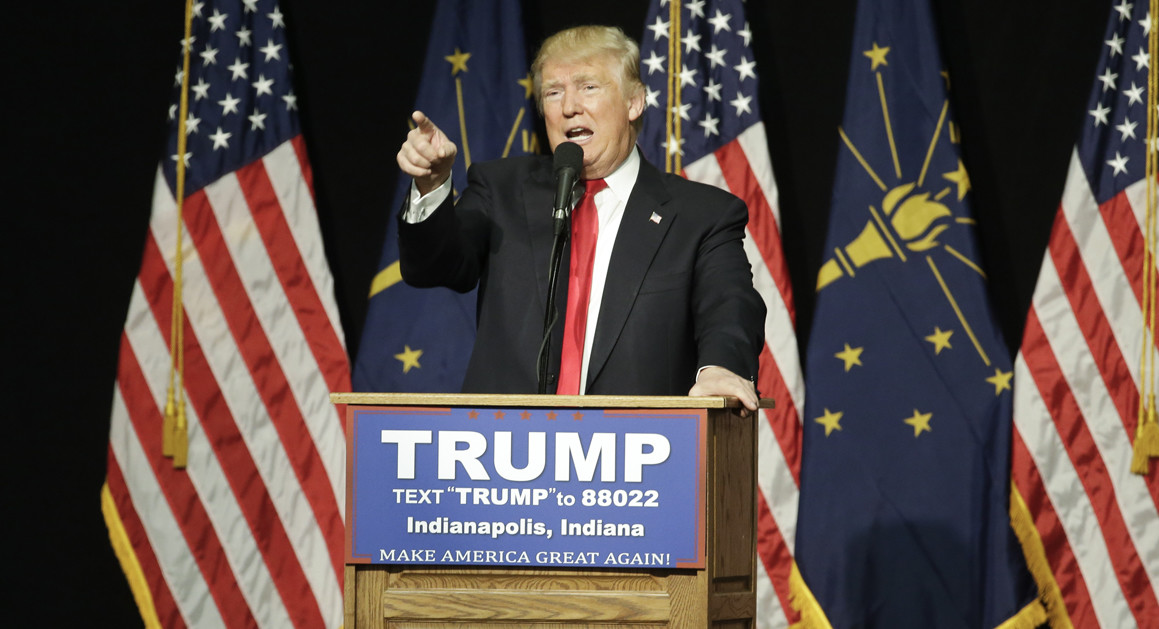 Donald Trump’s victory over constitutional champion Ted Cruz in the Indiana primary Tuesday was nothing short of impressive. After winning the New York primary and sweeping the Northeast, Indiana, an open-primary state, broke for the GOP front-runner decisively. Ultimately, this would mark the end of Cruz’s path to the nomination. More than that, after being branded “Lyin’ Ted” by Donald the Lobbyist, despite being amongst the only politicians that stood up for “We the People” in Congress, Cruz’s reputation could be permanently damaged.

For those of us that aren’t necessarily “Never Trump,” but “Always Constitution,” it’s time to recognize that decency in America is dead, fair and balanced journalism is dead, and the anti-establishment movement in the Republican Party is dead. In the end, America as we know it is dead.

After being tortured by our first imperial president for the last eight years, I assumed the Constitution and conservative ideals would matter to Republican voters more than ever. Whoops! I got that one wrong! But, I get it. Trump supporters are tired of politicians that say one thing, then go to Washington and do another. Electing an “outsider” that “tells it like it is” has its benefits.

In just the last couple of days, however, since Trump has all but secured the GOP nomination, we’ve found out that he’s for raising taxes on job creators; he’s not opposed to imposing a federal minimum wage of $15 per hour; he’s open to a Democrat VP pick; he’s hired a Goldman Sachs financier to be his campaign finance chairman; and he has the highest “strongly unfavorable” ratings of any other presidential candidate in the last 10 presidential election cycles, according to fivethirtyeight.com.

Luckily, for Trump, his “strongly favorable” ratings amongst his supporters is higher than any other candidate that ran in the primary. Therefore, Donald Trump could formally announce that he’s a socialist, and his supporters wouldn’t defect. Having said that, it’s possible the GOP could win the White House with Trump but lose the country.

Do you recall the 10-year old kid in Indiana that yelled out to Ted Cruz at his own rally, “you suck”? Talk about the death of decency in our culture. That kid is proof positive that leftism has won over our culture. What conservative in Indiana of all places wouldn’t have pulled his kid aside and taught him the virtue of respecting adults?! Not to mention a man that could’ve been the president of the United States? Trump has an amazing ability to relate to the culture. Unfortunately, the culture is moving far-left. If you didn’t feel like there was much difference between the GOP and Democrats before Trump, just wait until he’s president.

Next, consider the fawning media coverage Trump received. No one can take away what he was able to accomplish by running the first national media campaign. However, it’s hard to imagine that anyone who receives $2.4 billion dollars of free coverage could lose. Particularly when most of that coverage was favorable. Tuesday morning, before Indianans cast their votes, Donald the Lobbyist, appeared on “Fox and Friends” and alleged that Rafael Cruz, father of Ted Cruz, participated in the JFK assassination. What?! To my dismay, there was absolutely no push-back from the hosts. Chris Wallace of Fox News, in an interview with fellow Fox personality Eric Bolling, revealed that their organization chased Trump for ratings. It is no wonder Americans are gravitating toward CNN for “fair and balanced” coverage. Look up in the sky; Jesus may be returning.

Lastly, John Boehner, Mitch McConnell, Rep. Peter King and John Kasich are absolute giddy that they helped destroy the only constitutional conservative left in the race, Ted Cruz, aka “Lucifer in the flesh.” So much for the anti-establishment movement winning the day. In fact, in Indiana Marlin Stutzman, a tea party candidate running in Indiana’s senatorial primary, lost to establishment candidate and current U.S. Rep. Todd Young, who road Trump’s coattails to victory Tuesday in Indiana. A Trump candidacy is a win-win for the establishment. Finally, they have someone that will make deals and move America to a consensus one-party system.

No thanks. You can have Trump. I’ll fight for the Constitution and your inalienable rights in spite of you.