The Carl Jackson Show and Blog
Home The Blog Justice IS TRUMP TO BLAME FOR BERGDAHL’S FREEDOM? 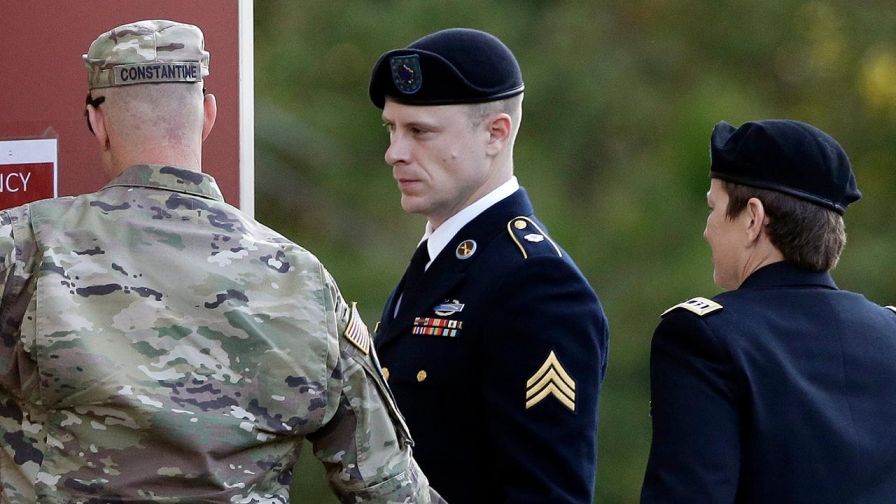 Sergeant Bowe Bergdahl should have been hanged for his desertion that led to severe injury and death for several soldiers that searched for him. As for the judge that essentially allowed him to walk free, Trump was right; his decision was a joke. It undermined the credibility of the military’s judicial system. However, you’re lying to yourself if you don’t think President Trump’s comments had no impact on the outcome of this case.

If you believe as I do, former President Obama set race-relations back an entire generation by commenting on Trayvon Martin, Michael Brown and Harvard professor Henry Louis Gates Jr. (aka Skip Gates), is it really a stretch to believe Trump could’ve negatively affected the outcome of Bergdahl’s case?  You may recall that Obama infamously proclaimed the “cops acted stupidly” when reacting to Cambridge, Massachusetts police being called on his friend Skip Gates after he tried to break into his own home. Gates locked himself out of his house, a neighbor saw a man pushing the door open, but didn’t recognize that it was Gates himself. As any of us would do, the neighbor called the cops. It was a simple case of mistaken identity. No harm no foul, until Professor Gates became belligerent with the cop that responded to the call and was subsequently arrested for disorderly conduct.

Mistakenly, President Obama, the most powerful man in the world, stuck his foot in his mouth by commenting on the local police matter despite admitting “I don’t know all the facts.” After public backlash, Obama’s hissy-fit led to the awkward “beer summit.” I contend the “cops acted stupidly” comment made by Obama, was the singular event that both heightened public awareness and often exaggerated claims of police brutality. Secondly, I believe it was those words that began a renewed hatred for cops in America within the black community that has led to multiple execution style cop killings at the hands of blacks ever since.

The point is, like it or not, for good or bad, when the president of the United States speaks, the entire world perks their ears to pay attention. Their words carry weight and consequences powerful enough to affect everyone from the average Joe in America, to our troops on the battlefields of the Middle East. From modern day slaves in North Korea’s prison camps, to Islamic terrorist plotting their next sinister attack on America. There’s no doubt that Trump’s “tell-it-like-it-is” campaign style won him the White House, but he’s governing now! He’s the president of all Americans, not just his base. There are times that his tweets and comments are duly effective. However, there are times when they’re not. He must learn the difference. In my opinion, restraint, is a president’s most important attribute. I’m not Mark Levin, but it is the difference between liberty and tyranny.

As conservatives, we’re quick to complain about judicial overreach, and rightfully so. Yet, we’re gung-ho when President Trump says something publicly that undermines the third branch of our government, such as our “justice system is a joke and a laughing stock.” If you believe that to be true Mr. President, the answer isn’t to publicly mailgn our institutions – leave that to commentators like myself. Your job is to preserve and restore (where possible) their original intent.

As Andrew McCarthy of National Review, pointed out in his column over the weekend “Your Sentencing Advice Isn’t Helpful, Mr. President,” there are over 300 Obama appointees on the federal bench. They’re salivating at the chance to dismiss any “pending” federal case that comes before them that President Trump has reacted to in his typical knee-jerk fashion.

To bring this full circle, that’s exactly what happened in the Bergdahl case, as McCarthy explained. Candidate Trump rightfully called Sgt. Bowe Bergdahl a traitor on the campaign trail. Bergdahl’s defense argued their client could not get a fair trial in light of Trump’s comments. The judge dismissed the defense motion because Trump was a candidate and not the “commander authority” at the time. All of that changed after Trump became Commander-in-Chief. Immediately after commenting on Bergdahl’s case as president, the defense renewed their motion to dismiss charges based on now President Trump’s comments.

The judge dismissed the motion for a second time, but “undoubtedly concerned that the president’s comments could result in a reversal on appeal if a stiff sentence were imposed, the judge sentenced Bergdahl to no jail time.” Personally, I believe this judge was looking for an excuse to lessen Bergdahl’s sentence. Sadly, the president obliged him.

Our reaction to Trump’s insatiable appetite to comment on federal pending cases should be met with loud and clear disapproval. Imagine if you were headed to trial and he commented on your case. You wouldn’t be able to find a jury pool in the entire United States that wasn’t tainted. That doesn’t strengthen our constitutional system, it undermines! It’s also why I despise high profile cases that are played out in the media with minimal information and high emotion. Whether a defendant is guilty or innocent is up to a jury to decide based upon incontrovertible evidence presented by the prosecution, or whether reasonable doubt has been established by the defense.

Proverbs 13:3(NIV) says “Those who guard their lips preserve their lives, but those who speak rashly will come to ruin.” Sometimes all the president has to do to Make America Great Again is to remain silent.