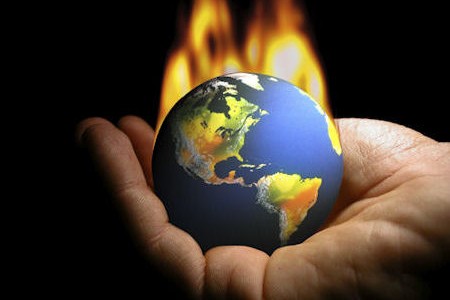 Leftists count on man-made law to feel moral. Conservatives count on the God that created man to become moral.

Webster’s dictionary defines a theocracy as a government by officials regarded as divinely inspired. In a theocracy, the individual doesn’t have a say in who will run his country or what laws shall be passed. In America we do, at least for now. Regulatory agencies, such as the EPA, have been used by politicians to increasingly chip away at our freedom. In the name of “social justice,” greenhouse profits are redistributed around the world. In the eyes of the leftist, it is the compassionate, right and, yes, even moral thing to do.

Everyone wants a reason to live, a moral cause to champion, something that gives life purpose and meaning. We all want to leave a legacy that matters, but leftists often do it at the expense of their fellow man. Despite overwhelming scientific evidence that the earth has been in a cooling cycle due to sun spots, not warming, as President Obama and other global warming alarmists claim, our president is determined to force his redistributionist values on Americans using “climate change” as his vehicle.

When minor “setbacks” like the ISIS attack in Paris, France, or the Islamic terrorist attack in San Bernardino occur, he has no problem minimizing their relevancy. Not just because they don’t fit his political narrative, but because they don’t promulgate his moral one – that America is an immoral nation and the cause of much suffering worldwide.

In other words, in President Obama’s eyes, ISIS is a byproduct of American dominance around the world. It doesn’t matter to him whether or not “man-made” climate change is real; what matters to him is that it can be exploited to right his perceived wrong of America stealing the world’s resources. To Obama, addressing climate change is rectifying a greater evil – even greater than ISIS. That’s why it should come as no surprise to us that Obama spoke just a few miles from the site of the Nov. 13 terrorist attack in the French capital and called for urgent action against a challenge he suggested was greater even than the scourge of terrorism.

Additionally, when Obama quoted the late great civil rights leader Dr. Martin Luther King Jr. during his speech in France, by saying “there is such a thing as being too late,” some of my fellow conservatives were outraged that he would dare make such a comparison. What they don’t understand, however, is that for President Obama the opportunity to redistribute America’s wealth to minorities around the world is his great civil rights issue. Never mind the fact that he has to lie, scheme, steal and make up a fake crisis to accomplish his goal – the right thing to do in his mind is to give poorer nations their money back. As you can see, leftists must abandon the true God to justify their own thievery, as well as create their own moral causes.

What’s most troubling about the climate change conference in Paris is that the tiny island nations and poorest countries that participated are willing to cut their “greenhouse-gas pollution” as long as they receive reparations for “economic and environmental damage stemming from decades of industrial emissions that came mostly from Western industrial powers,” according to the AP. How sad! Instead of spurring ingenuity through capitalism in their own countries and utilizing their natural resources that would help the poorest amongst their populations with jobs, they’d rather rely on power-hungry leaders and corporatist like Obama and Bill Gates to financially support their countries.

Shame on Congress if they provide the research dollars for the “Gates ‘innovation’ initiative.” If they do, it definitely will be a win-win for wealth redistributionist and a lose-lose for poverty-stricken people across the globe. But liberals would have it no other way.