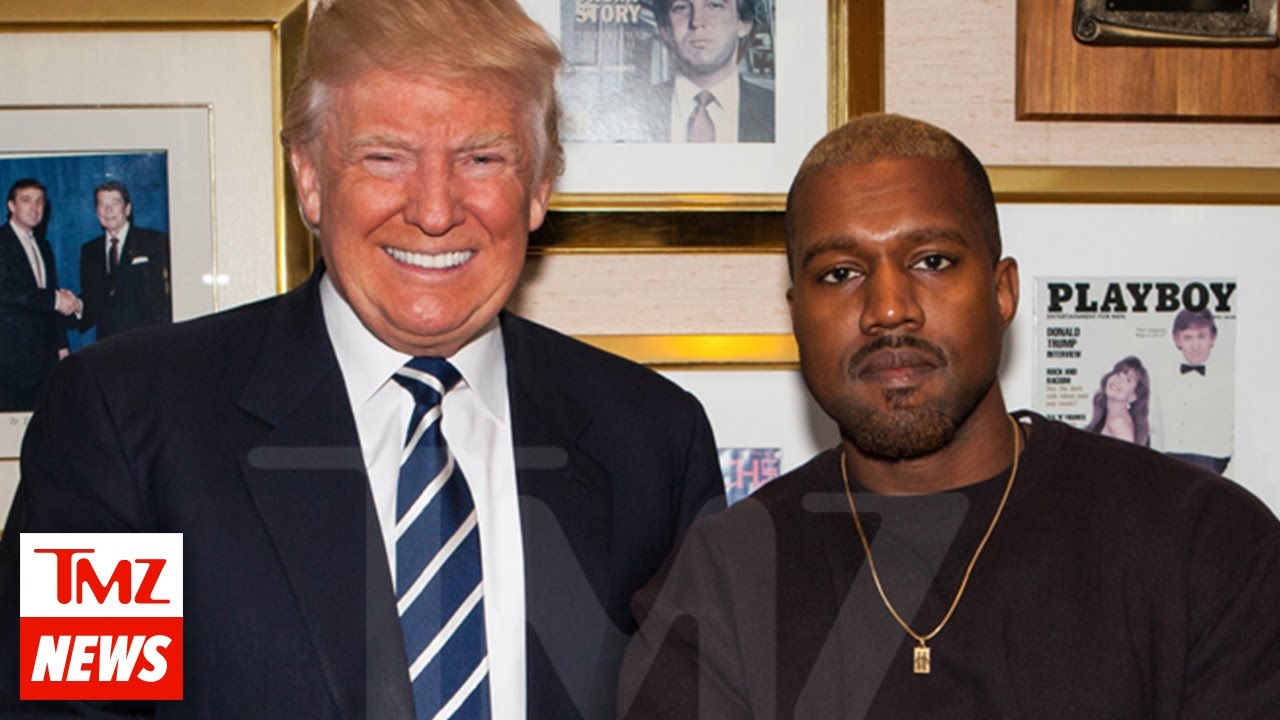 Is it possible that Kanye West is rich and famous today and 99 percent of the “victimhood cheerleaders” on the left are not because he refused to accept the premise that a black man can’t get ahead in America? Is it possible that God, or in Kanye’s words, “the universe,” had bigger plans for him that couldn’t be deterred if he remained focused, diligent and believed in his God-given abilities to accomplish his dreams?

The knives in the black community are out against Kanye ever since he released a picture of himself wearing a “Make America Great Again (MAGA)” hat, followed by a string of tweets in the last couple of weeks that challenged the political status quo in the black community. In one tweet, Kanye admitted, “I haven’t done enough research on conservatives to call myself or be called one.” Later, in an interview with Harvey Levin’s TMZ, he said, “When you hear about slavery for 400 years, for 400 years? That sounds like a choice.” For those of us that aren’t victimhood cheerleaders, it was clear that Kanye simply fell short of saying that slavery today is a choice, a mental one – and he’s right.

At the risk of sounding facetious, Kanye failed to understand the three things you’re not allowed to do as black male in America:

First off, Kanye failed to realize that he’s not allowed to neglect affirming the Democratic Party. Even if you don’t vote Democrat, you better lie and say you do. Otherwise you’ll be labeled an “Uncle Tom” and treated like a second-class citizen amongst your peers. In other words, the motto in the black community when it comes to politics is, as I like to say, “think like all others.”

Secondly, Kanye has another strike going against him as black nationalist who has seemingly taken a right turn: He married his baby’s mama. To be clear, marrying your kid’s mother isn’t a problem for Kanye or within the Democratic Party so long as you’re not a vocal proponent of traditional marriage. However, since he’s touted some conservative ideals recently, he’s opened himself up to ridicule from the left who view traditional marriage and family as a “right-wing thing” rather than a “God thing” as the Holy Bible teaches. It benefits the Democratic Party to have Uncle Sam play father in so many single-parent households.

Lastly, Kanye made a huge mistake by challenging blacks to rise above their circumstances. In far too many pockets of the black community it’s become virtuous to wallow in self-pity and blame “institutional racism” for our plight. Democrats have a vested interest in keeping blacks poor, angry, misinformed and dependent upon government, as opposed to open-minded, creative and rich. I suspect Kanye didn’t expect the huge pushback he’s gotten from blacks over his comments, because up until now, the left seemed to love him for his individuality. Go figure.

The remaining question beneath the surface is why blacks have such vitriol for the Republican Party, given the fact it was the GOP that freed the slaves in 1865; passed the Civil Rights Act of 1866 to protect the rights of freed slaves; ratified the 15th Amendment that gave former slaves the right to vote; passed the Anti-KKK Act in 1871; desegregated schools under the leadership of GOP President Dwight Eisenhower; implemented and enforced affirmative action in education with the 1969 Philadelphia Plan led by President Richard Nixon and black Republican Art Fletcher; denoted, under GOP President Ronald Reagan, Martin Luther King Jr.’s birthday a national holiday; and it was the Republican Congress led by former Speaker John Boehner that fought to re-establish the D.C. school voucher program for underprivileged minorities to attend top private schools, after President Obama canceled the program.

Blacks have been duped by the “Big Switch” myth that after the Republican Party spent a century fighting and dying to free slaves and advance civil rights in America, they miraculously decided to become racists in one election cycle. In a plan supposedly devised by Richard Nixon known as the “Southern Strategy,” Nixon decided to win the South by appealing to white racist Democrats. The problem is, it’s a lie.

Richard Nixon lost the South in 1968. However, prior to that, based upon economic policy, Republicans began making headway in the South 40 years earlier under President Herbert Hoover. President Eisenhower, built on those gains in 1952 and 1956, when he won Tennessee, Virginia, Florida, Louisiana, Kentucky and Virginia. The South didn’t “switch” until the GOP Congress led by Newt Gingrich won a majority in 1994. By that time, the South wasn’t the same. It was filled with transients like me that had a different perspective on race-relations and economics.

If anyone is a sellout in the black community, it’s the fathers that abandon their kids; and the drug dealers and gangsters that kill, steal and destroy the lives of their own people; the single moms that won’t stop dating long enough to focus on their kids’ success; the race-baiters and victimhood cheerleaders that tell blacks the white boogieman is out to get them; and the Democratic politicians that caters to the fears of blacks, rather than our potential as God’s creation.

Therefore, Kanye isn’t a sellout. He’s put the Democratic Party on blast and provoked a conversation that needs to be had about blacks’ undying loyalty for a political party that uses them for votes, gives them welfare crumbs and thinks that’s enough.

Kanye will inevitably disappoint the conservative movement that seems desperate for cultural affirmation. Nonetheless, in this moment, Kanye deserves credit for his courage to stand against the status quo.