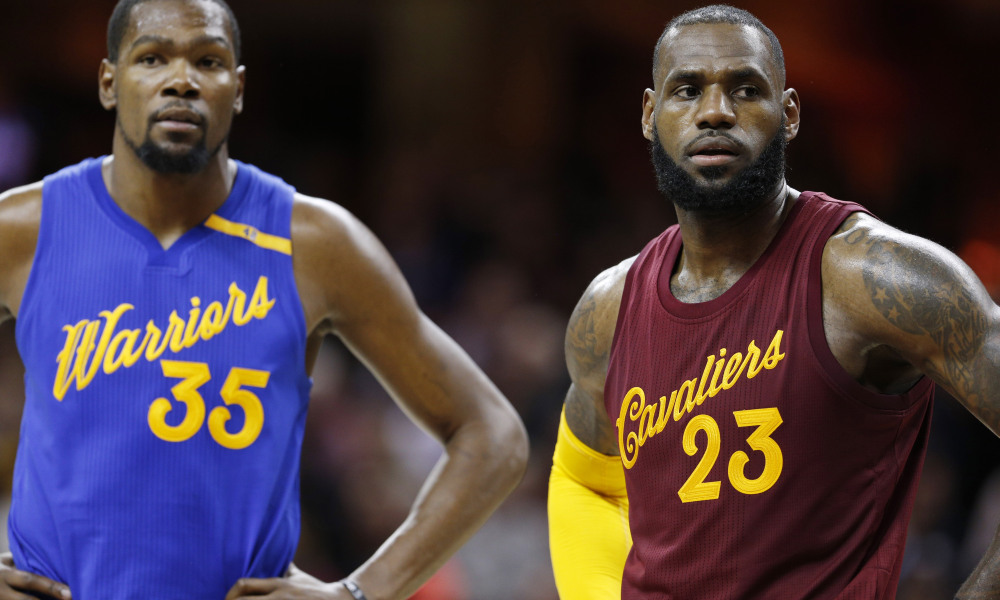 Is it possible that Lebron James and Kevin Durant are victims of a post-racial America? Furthermore, if America is as inherently racist as so many pro athletes claim, isn’t it pointless for minority kids to strive to be as successful as them, since “the man” is against them?

Fox News host Laura Ingraham doesn’t need anyone to defend her, but I will because for the most part, she was right recently to criticize Lebron and Durant.

When superstar athletes like Lebron James and Kevin Durant lend credence to a social issue it becomes newsworthy. Unfortunately, what the future NBA Hall of Famers don’t realize is that calling someone or their comments “racist,” void of facts and evidence, is a conversational non-starter. It doesn’t progress race relations, it regresses them. It’s like a fellow Christian coming up to you and saying, “God told me …” Well, if God told you to do something, what are you talking to me for?! There’s no room for debate at that point. The conversation is over. He’s the authority.

For those of you that may be in the dark, Laura Ingraham set off a firestorm Thursday when she called out Lebron and KD after they criticized President Trump in a video produced by Uninterrupted, James’ media business. In the video, Lebron asserted that Trump doesn’t “give a f–- about the people.” KD also shared his sentiments.

After calling their comments “ignorant,” Ingraham went on to say, “Must they run their mouths like that? Unfortunately, a lot of kids and some adults take these ignorant comments seriously. You’re great players, but no one voted for you. Millions elected Trump to be their coach. So, keep the political commentary to yourself, or, as someone once said, shut up and dribble.” According to Ingraham, she was using one of many variations of the title of her New York Times best-seller, “Shut Up & Sing.” I happen to believe her because I listened to her syndicated radio show for years. She’s not a racist.

Ingraham issued the following statement about the controversy:

“In 2003, I wrote a New York Times best-seller called ‘Shut Up & Sing,’ in which I criticized celebrities like the Dixie Chicks and Barbra Streisand who were trashing then-President George W. Bush. I have used a variation of that title for more than 15 years to respond to performers who sound off on politics. I’ve told Robert DeNiro to ‘Shut Up & Act,’ Jimmy Kimmel to ‘Shut Up & Make Us Laugh,’ and just this week told the San Antonio Spurs’ Gregg Popovich to ‘Shut up & Coach.’ If pro athletes and entertainers want to freelance as political pundits, then they should not be surprised when they’re called out for insulting politicians. There was no racial intent in my remarks – false, defamatory charges of racism are a transparent attempt to immunize entertainment and sports elites from scrutiny and criticism. Additionally, we stated on my show that these comments came from an ESPN podcast, which was not the case – the content was unaffiliated with ESPN.”

I disagree with Ingraham in that I don’t want Lebron or KD “to shut up and dribble.” They’re entitled to their God-given First Amendment rights like the rest of us. However, I must admit I am sick and tired of athletes opining on issues they don’t seem to have a clue about (which is often) and then getting overly sensitive and tossin’ around the “R” word when someone has the audacity to challenge their position.

Here’s where I agree with Ingraham:

I don’t care who you are: Clean up your language when you’re talking about the office of the president! Lebron shouldn’t run his mouth like that. Lebron and KD both are role models, and pretty good ones, in my opinion. However, they do minority kids that look up to them a disservice when they so quickly resort to racial rhetoric.

Furthermore, Ingraham was on point to remind the superstars, who are adored by all races of Americans, that no one voted for them. In other words, put your hat in the ring and run for office, and may the man with better ideas win. Sadly, the only idea KD and Lebron seem to have nowadays is that you’re a racist if you don’t agree with their politics. Why?! Is it because they’re black? Isn’t that the epitome of racism?

As I’ve written about frequently, I believe that Lebron James, KD and millennials in general have it so good in America they have to invent their own grievances to feel important. Everyone wants his or her life to matter.

They have no clue about what real racism looks like, because their ancestors and mine have already won the battle. This is why “microaggressions” are so prominent on college campuses; overt cases of racism are so rare that minorities and their left-wing sympathizers have to resort to identifying “perceived racism” no logical person can figure out.

Inevitably, thanks to people like Lebron and KD, microaggressions will continue to perpetuate racism rather than end it. I better stop writing now before I convince myself that maybe they should just “shut up and dribble.”