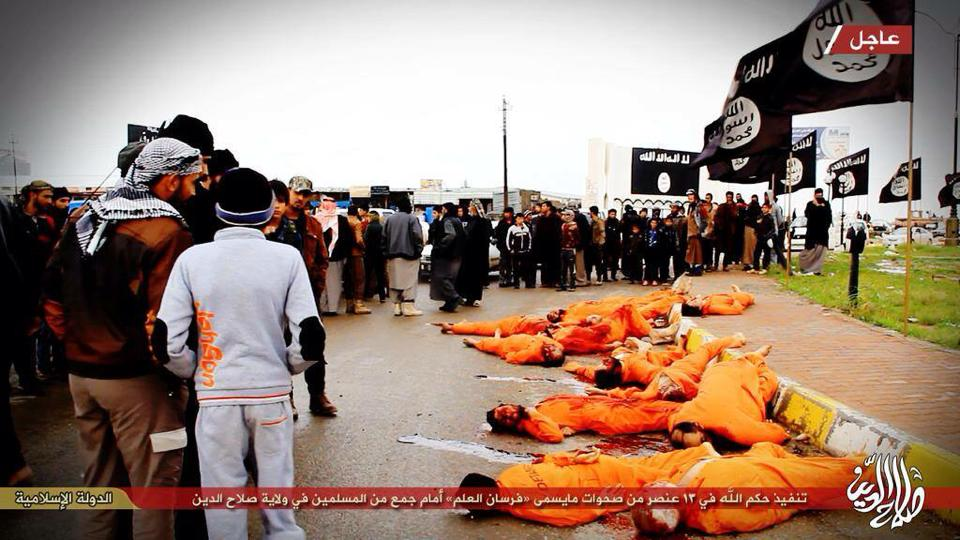 Jihadi John? Christian Carmen? Buddhist Bob? Hindu Harry? Which name sounds most threatening to you? Which one would you trust the least standing next to you while holding a knife in the kitchen or a gun at the shooting range? Which would you be most fearful to confront in a dark alley? Which one would you feel most comfortable inviting into your home? Which one would be more likely to strap a suicide vest on and blow innocent civilians up at a cafe or in a theater? Be honest with yourself.

I wish I could say with confidence that a Paris-style attack by ISIS isn’t likely to occur on American soil. I can’t. They’re here. Contrary to President Obama’s words, they are not “contained.” They’re on the march, and Americans are in their way. While Democrats work to remove God from any and every vestige of American culture possible, in the name of “liberty,” Islamists seek to impose a worldwide government, known as the caliphate, in the name of their God. By doing so they believe they’ll be liberated. I’m afraid Democrats won’t get it until it’s too late, until Shariah law is the law of the land. Do you believe that’s irrational? Far too many Muslims don’t.

Even with the best intelligence and fighting forces in the world, an ISIS attack on American soil seems inevitable. According to Breitbart.com, several ISIS members have been caught on our border attempting to enter the U.S., posing as Syrian refugees. Couple that with the fact that we have a president in the White House that’s quick to condemn Christians and slow to rebuke “Islamic” terrorists, and we have a recipe for disaster. However, all hope is not lost. There are still things that can be done by our government, in addition to things you and I can do to prevent a catastrophic terrorists attack on our homeland. Here they are:

Sadly, if we’re going to win this war waged upon the U.S. and Western civilization by Islamists hoping to quicken the return of the Mahdi and the second coming of Jesus Christ, not only will we have to kill ISIS and Islamic Jihadists all across the globe, we’re going to have to defeat the complicit leftists in America at the ballot box and in the arena of ideas.